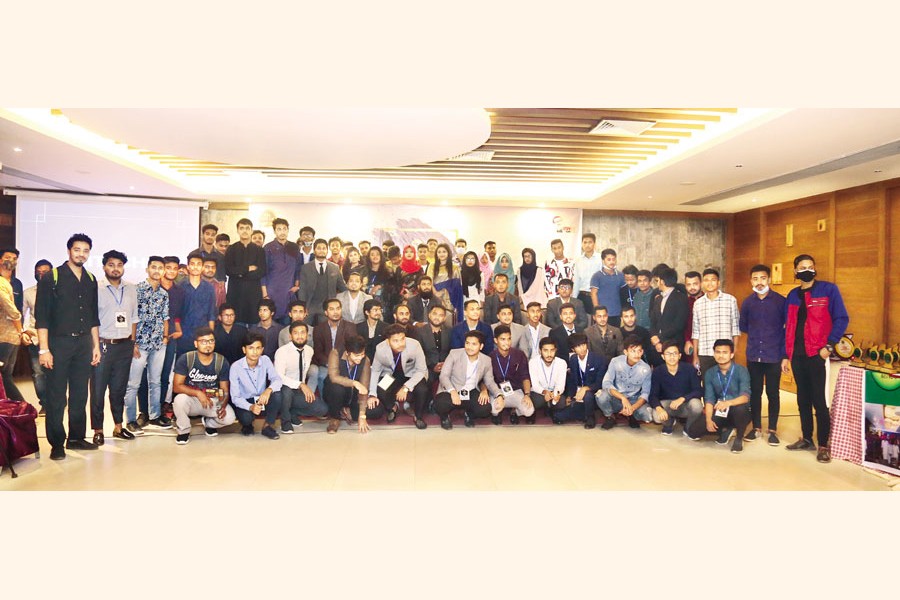 Cox’s Bazar Student Society (CSS) is a non-profit organisation that was established in 2012 with a motto of helping students and underprivileged people of Cox’s Bazar. Nine years into operation, they have done some exemplary works for the well-being of the residents of the area. The organisation took many noble social initiatives like cleaning the Cox’s Bazar sea beach, planting more than 10 thousand trees every year, medical campaigning for Rohingya refugees, distributing study materials among students, and many more. On February 26 this year, CSS arranged its first annual general meeting AGM 1.0. The motto of the event was to inspire the volunteers and set future goals. Minhaj Mimo, president of CSS, explained the importance of working together in his speech, and praised the dedication of the volunteers. He also shared the success stories of CSS from 2012 to date. Mohammed Masud Karim, co-founder of CSS, explained how the organisation expanded its activities over the years. The chief guest was Shaimum Sarwar Kamal, member of the parliament from Cox’s Bazar. He attended the programme virtually. In his speech, he offered his goodwill to financially help the students who want to go abroad for study purposes. He also assured to assist the young workforce in landing suitable jobs. Md Zillur Rahman, superintendent of police of Cox’s Bazar tourist police was also present at the event and convened everybody to work together in order to make Cox’s Bazar more tourist-friendly. Among others, principal of Cox’s Bazar City College Kyyan Thein Aung was present who recommended students to master skills and prepare for the future. More than 150 volunteers participated the event. The programme ended with several organisations being honoured with awards and crests. The event was hosted by Mohammad AL Jafari and Tasbihu Esme.